As a true fan of classic gaming in the arcade age of video games, my love affair with retro gaming hasn’t been very fulfilling. For years I’ve debated modding my Original Xbox with a new drive filled with emulators and ROMs so that I can sell off some of old games I have stashed in various cabinets about my den. Also, with the slow death of classic gaming video game stores, my non-online vintage gaming shopping excursions are slim to none. Thankfully, Dream Arcades Inc drummed up a solution I think most of us can manage.

I recently bought the Kickstarter funded Dreamcade Replay as my retro or classic gaming solution. Supporting around 2 dozen systems out of the box, this little wonder holds over 100 classic games already. With about 2 USB 2.0 ports and 2 USB 3.0 ports, Bluetooth connectivity, network capability, and a decent UI framed on a Windows 10 OS, this little wonder is a great way to explore gaming’s history. 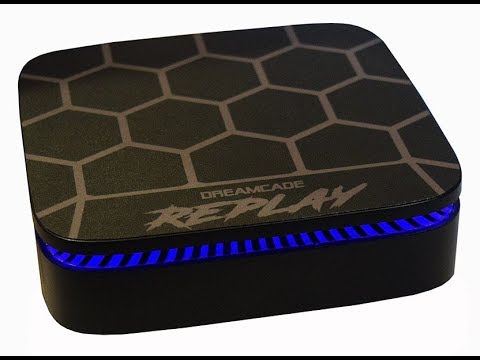 Setting this little puppy up can be a chore if you don’t have your wits about you though. First of all, having a USB keyboard and mouse is whole heartedly recommended. Also, your “Replay ID” which is necessary to access the wingdings and perks of your Dreamcade Replay is located on the bottom of your unit. Signing in and configuring your Replay is much like setting up a Windows 10 PC so be prepared to wait for updates and networking questions. Once in, loading up the UI of the Dreamcade Replay is a breeze as then you can use and link up your Bluetooth gadgets galore! Stay tuned for more impressions later as I get some playtime with it.

With that out of the way, the real question is what to play on it? Do I dabble around the exhaustive PS2 and PS1 library or do I date myself and venture into Commodore 128, Amiga, and SNES games? While I will more than likely do all of the above and more, my initial focus will be on MAME aka Multiple Arcade Machine Emulator ROMs. So let’s see what games my heart desires!

Oh yes! This is a thing. I honestly don’t remember there being that many GI Joe video games EVER. I know recently there was a Toy Soldiers: War Chest DLC which had some GI Joe content as well as a few Commodore 64 and NES games a long time ago. I didn’t get a chance to experience any of them… except for this arcade game! I remember going to a theme park someplace during a summer and coming across this beauty. I immediately proceeded to dump almost $5 worth of quarters on playing thru as much of this Real American Hero experience as possible with characters like Duke, Snake Eyes, Scarlett, and Roadblack…I mean, Roadblock! Third person shooting has never been so patriotic!

As a huge fan of both movie franchises (and even some of the novels), Aliens vs. Predator was a win win in my book wherever it showed up. Thankfully, the arcade game was an easy to play beat em up game in the same vein as Final Fight or Streets of Rage. With different Predators to select, this game saw quite the avalanche of quarters from me over the years. Toss in the coop and you have a simple game that I could even play with my 6 year old! 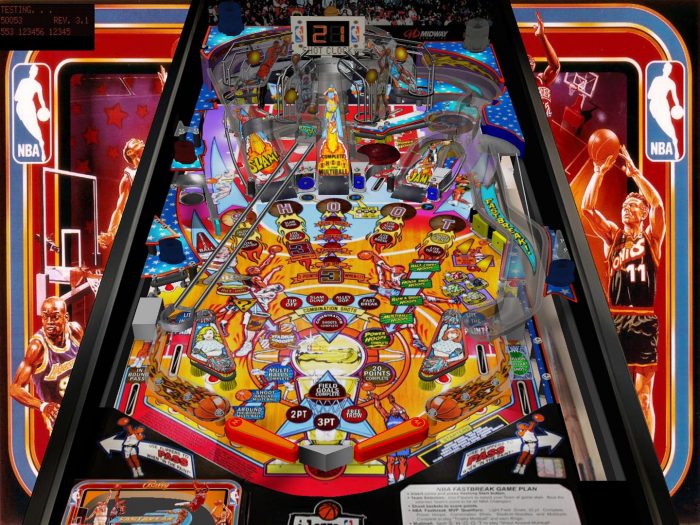 Truth be told, I’m a pinball fan. During my arcade years, trying to maximize the value of each and every quarter was a science and pinball machines were my ace in the hole. While I’m not one of the greatest players on a table there is, I have had some spectator worth moments in my day! One of those moments was without a doubt upon the NBA Fastbreak table where you were tasked with playing and beating various basketball teams via ramps, bumpers, and flippers. There was even a ‘free throw’ shot on the backbox of the machine where a flipper tossed a plastic basketball into a hoop. I’m certainly eager to see what a ROM for this table would play like!

Scrolling shooters are a dime a dozen from the arcade days. Everything from Lifeforce to Contra to Gradius to 1943, this genre is another that will always have a place on any console I play. One of the rarest cabinets in my limited experience was this infinitely fun UN Squardron game. It was one of the first arcade shooters I remember playing that allowed you to choose characters AND earn rewards to upgrade your plane between missions. In a way, this RPG style power-up scheme kept me coming back for more.

Captain America and The Avengers 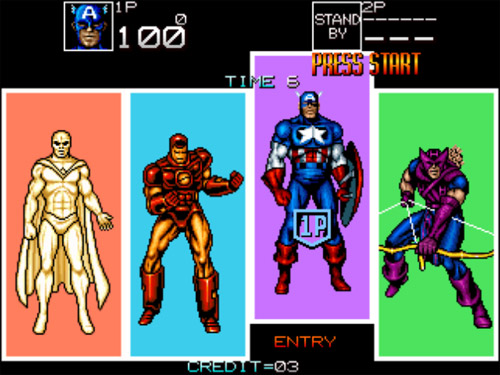 Back in the 90’s, it was hard to find good or fun superhero games. Before there was X-men or TMNT, there was Captain America and The Avengers. It was a fun coop game were you could be Cap, Iron Man, Hawkeye, and Vision. Yes, that is an odd team to select for a game but trust me, it worked. Just like in the aforementioned games there are many bosses and guests as you play that help or hurt you along the way making for a fun button mashing experience.

Face it. WWE 2K is a shallow excuse for a wrestling game. Controls-wise, it is agonizingly dependent on an ill timed counter system and strange pin kickout. The results there have been horrible for casual and hardcore fans of wrestling and wrestling games. There was nothing like inserting a coin into a gem like Mat Mania and blasting through a bunch of generic but fun characters where the controls were easy to pick up and execute. Honestly I’d have to watch a vid to remember the names of characters or the bosses you fight but I remember the colorful art style and memorable sound effects. Before there was Fire Pro Wrestling, this was one of the kings of the wrestling genre!

When the NEO GEO came out, gamers mostly shook their heads over how expensive the console and the games were. As a result, most of us were only able to experience those games in the actual arcades initially. For myself, a surprise hit in my mental wish list was a hack and slash fantasy game called Crossed Swords. In this game you had to block, slash, and cast your way to glory. As usual, the game’s difficulty was high enough to force you to feed the cabinet quite a few quarters before you could ever see the final boss. This was a task I was never able to accomplish… until this opportunity! 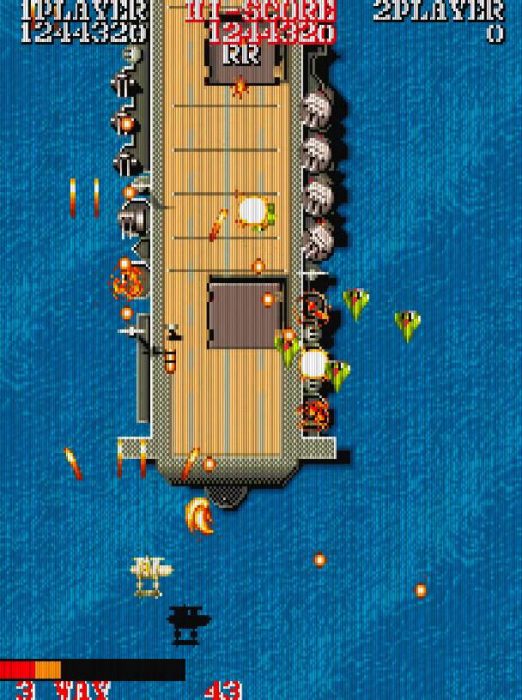 The origins of my bullet-hell obsession began with games like 1943. I would justify my nonsensical piloting skills by seeing how long I could go in a life without using the loop de loop maneuver to escape the screen filling death that bosses and various enemies would toss my way.

So back when Ultimate Warrior, Hulk Hogan, and the Road Warriors dominated Saturday early afternoons, I lived and breathed wrestling. WWF Wrestlefest allowed me to digitally become my wrestling heroes and beat down all who dared insert a coin next to me! Of course this energy never really translated into me becoming good at fighting games in the future but it did keep me occupied as others did their own playthru of NARC!

Aside from seeing and marveling at games like Smash TV and Mortal Kombat, NARC was almost always one of the loudest games in any arcade. The sound effects when someone would enter a quarter almost always had people running over to watch them play thru as much of the game as they could. Even after seeing the ridiculous Mr BIG boss at the end, it was always a crowd magnet. It was hyper-violent. It focused on the whole anti-drugs message of the time. It was just all around fun and over the top!

My future mancave arcade will undoubtly have an original cabinet of this game without question.

Yes, I know. This is an odd listing of games to have but I did try to pick those that aren’t commonly a part of console collections. Also, this list is just the beginnings of my arcade obsession and is prone to change as my digital explorations begin.

Check out more posts from BJ Brown on gaming right here on FanBros.com!