***Minor spoilers ahead. This is a recap after all.***

After a 4 year hiatus, The Boondocks made its debut on Cartoon Network’s Adult Swim on April 21st at 10:30 ET. I will be doing recaps of the entire final season. I made this sacrifice for you guys. But I digress…

Besides a new opening sequence, the show felt the same. Many, including myself, doubted the strength of the show’s creative team to continue on without Aaron McGruder, the creator and former producer of the cartoon. Although McGruder is absent, and many fans are skeptical, the season opener was good. I would say great, but I’ll explain later. 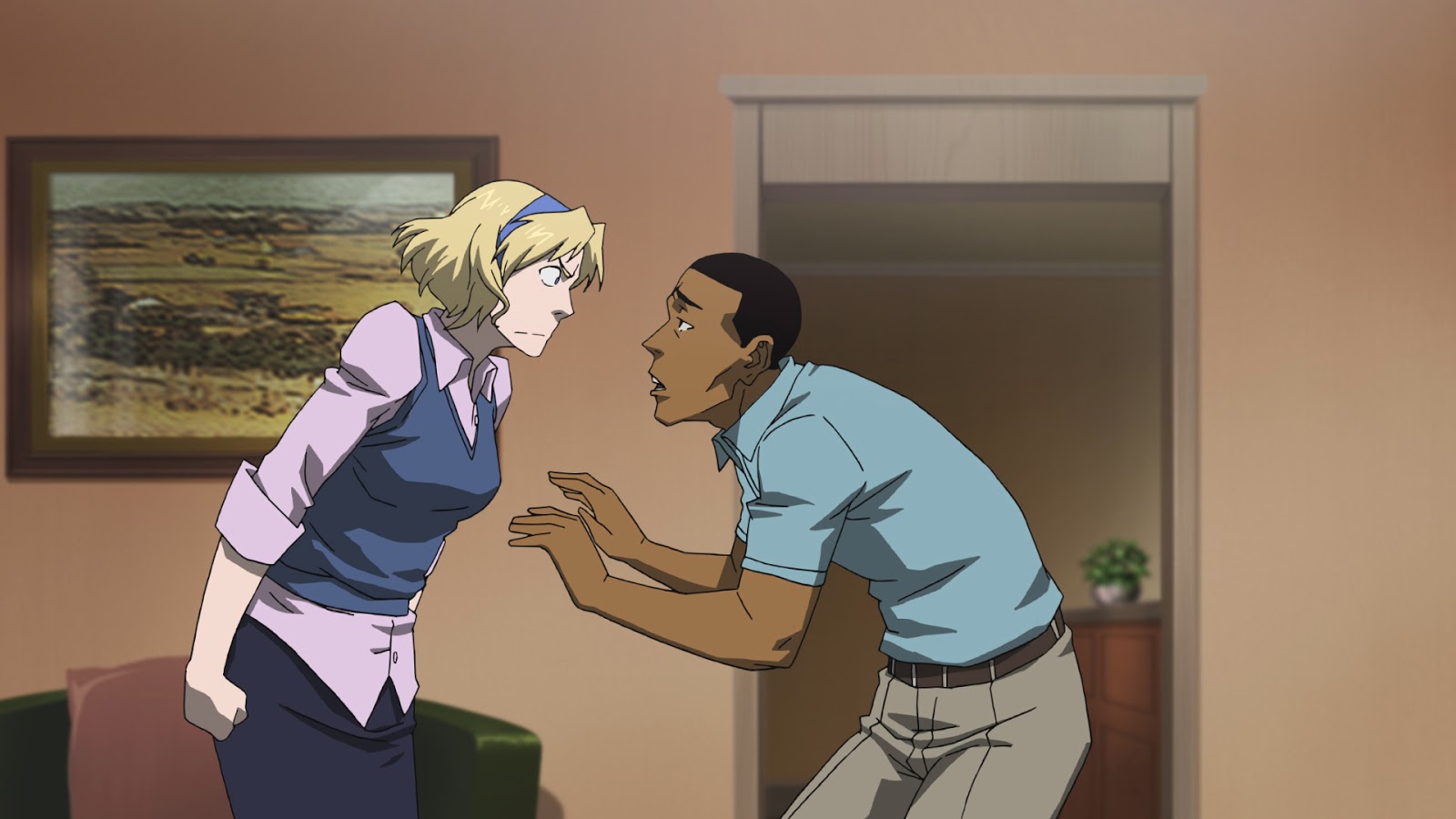 The show opens with the Freemans watching the news as reports of young R&B singer, Pretty Boy Flizzy’s latest brushes with the law, including a convenience store robbery. Grandad quickly turns down the TV as he hears arguing from across the street. The neighborhood’s favorite simp, Tom Dubois, is arguing with his wife Sarah about, um, being a simp. She is frustrated with him always apologizing and never standing up to her, or even attempting to defend his point of view. Tom is hurt by Sarah’s questioning of his manhood and runs to the Freemans’. Like a good neighbor, they aren’t there. Except they are. Grandad and the boys have been monitoring the argument but do not want any part of Tom’s pity party. In a beautiful sequence they rush to turn off the lights and stay still while Tom cries himself to sleep outside. 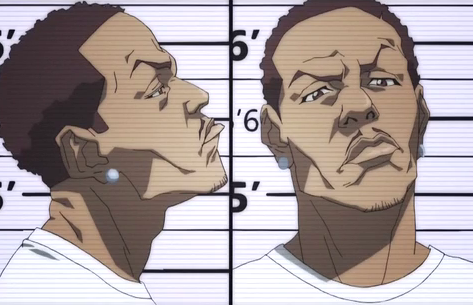 Dejected, Tom goes to the office where he learns that he will have to defend Pretty Boy Flizzy for his ‘alleged’ convenience store robbery. The young star is a thinly veiled parody of Chris Brown, voiced by Michael B. Jordan. He rolls with a crew, including a pet tiger, and claims everything he does is not his fault because they are constantly “f@#$ up.” Twitter rants? F@#$d up. Convenience store? F@#$d up. Beating Christianna? He does admit to that, and also being f@#$d up. Tom despises Flizzy and would rather not take the case but decides to do so after being offered relationship advice. You see, Flizzy is sexy and exciting. His bad boy reputation, good looks, abs and talent all combine to one irresistible man. Sarah wants to be with that man (remember Usher?) and Tom wants to be that man.

This episode brought to you by the word ‘allegedly’

From here things go downhill. Not in terms of the actual show, but I think the message gets muddied. Flizzy encourages Tom to verbally degrade Sarah with insults and even use physical force against her if necessary. It is meant to be satirical yet I couldn’t quite find the punchline. The theme that all women want someone abusive and dangerous is tired and it smells faintly of Nice Guy syndrome. A man could be nice but women don’t want nice men so they have to be abusive jerks. The episode could have gone a different route. A goldmine of pop culture fodder has been accumulating since The Boondocks’ third season ended and I had hoped the writers would take advantage. Chris Brown’s antics have been joked about for years now. The Boondocks could have tried a fresher approach.

The animation was great. The sequence when the Freemans are rushing to turn off the lights is amazing. The visuals have not suffered in McGruder’s absence. Other than the less than fulfilling plot, all the characters are back to their usual habits. Grandad is still selfish, Riley would rather be Reezy, Huey is exasperated by it all and Uncle Ruckus dreams of chains. Overall a solid season opener. What did you think?