Hannibal: The Show You Missed and Should Have Watched

Guess what’s on the menu? A character driven series where we sympathize with a sociopath and find his attempt to corrupt a detective entertaining.  The series did an excellent job of taking television viewers on a surreal journey that explores psychology, western classical art, haute cuisine, brutality, and human nature all in the form of an intriguing crime drama.

Overall, the three seasons followed the cat and mouse interaction between the infamous Dr. Hannibal Lecter and everyone else unfortunate enough to encounter him. Now I give this fair warning. For those of you unfamiliar with the character Hannibal or the recent TV series, or if you don’t like shows that are graphic in the violent or gory sense, then you will probably not enjoy Hannibal. I repeat. Hannibal is an incredibly violent and graphic television show. There will be an abundance of disturbing images.

Like the books and films that precede it, Hannibal explores the cannibalistic psychiatrist Dr. Hannibal Lecter as a character. In this series, the writers have placed him as the antagonist of the show while placing Detective Will Graham as the protagonist. Will is presented to us as a gifted criminal profiler with the uncanny ability to empathize with the criminals he chases. This attribute positions Will as a means to explore criminal psychology in a strange new way as well as makes him the polar opposite to Hannibal’s sociopathic personality.

The premise of the series begins simply with Will being brought in to stop a killer known as the Chesapeake Ripper. The Ripper has a pattern that is simple yet makes catching them difficult. The Ripper kills three people within two weeks time and stops for almost a year or so. Each murder is brutal with the victims missing organs and their bodies displayed in a dramatic fashion that resembles some macabre modern art piece.

Soon it is revealed that Hannibal is the Chesapeake Ripper, and thus the audience watches as Hannibal plays the role of puppet master. Let me say that it’s an incredibly fascinating feat to keep people interested in a show where the audience knows who the killer is, but the other characters don’t.

The entire show explores the development of the psychologically complex characters Will and Hannibal while also exploring what makes someone become a serial killer and how therapy can be either fulfilling or dangerous. 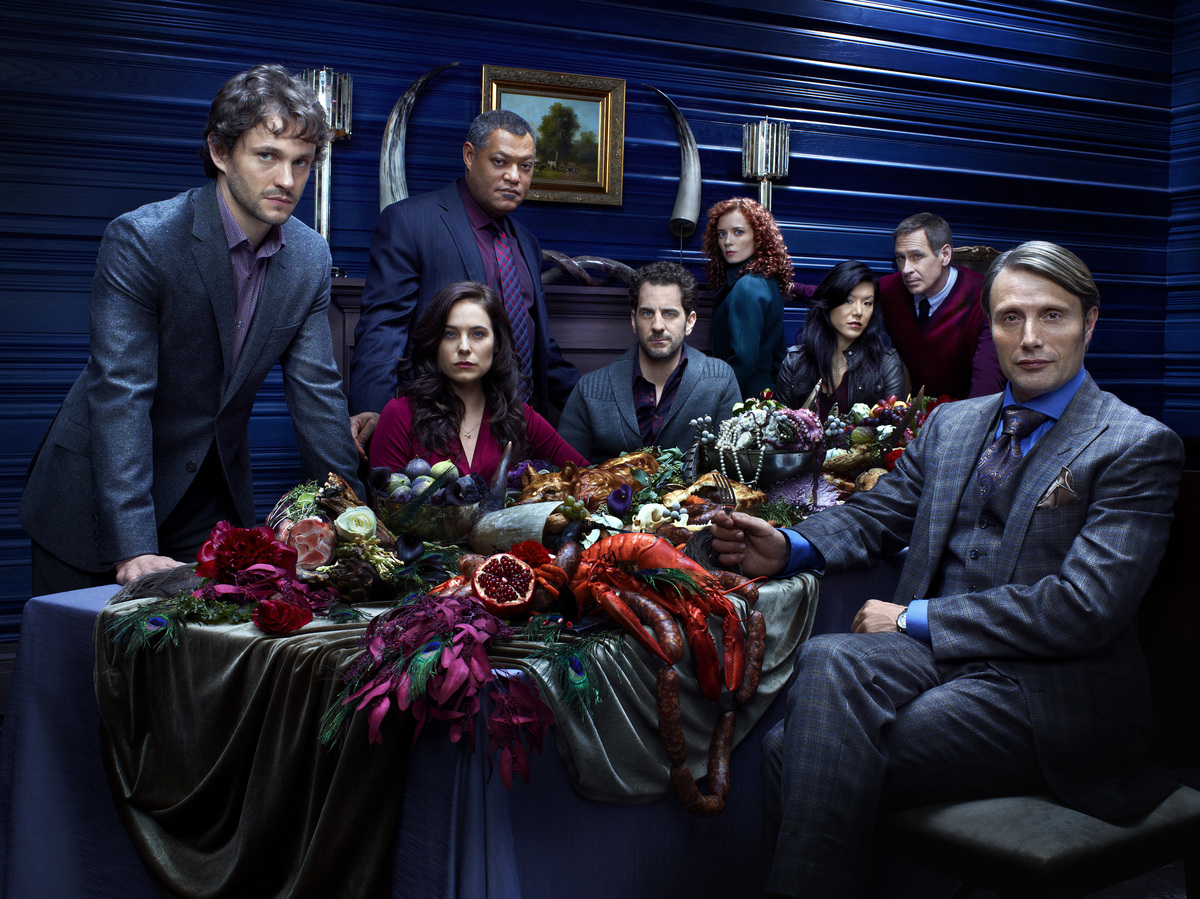 Guess who’s coming to dinner? And then guess who’s getting eaten at dinner?

The Rationality of Insanity

The most profound aspect of this show is how it explores possibly the most unconsidered and horrific idea: the rationality that comes with insanity. With addressing the logic that drives serial killers to perform their deeds, the show gives an air of moral ambiguity to Hannibal and Will as well as the various other criminals we come across.

We as the audience enter the cruel minds of various murderers through both Will and Hannibal in what I find to be the most interesting way. While Will uses his emphatic perception to connect with the Chesapeake Ripper in a way to stop the killings, Hannibal uses his cunning to weave a dangerous web that captures everyone.

Often when serious acts of serial violence occur, the common question asked is “why would someone do something like this?” This question is common because the average person isn’t quite sure how another human being can be capable of performing one heinous act of serial violence let alone several.

Hannibal as a show tackles this topic with the signature line spoken by Will. “This is my design.” These words echo throughout the first season denoting the strange idea that these criminals have a plan of some sort and subsequently, an actual logic they ascribe to. Already, this idea adds a disturbing level to these individuals committing crimes much like other psychological shows like Criminal Minds.

However, what sets this TV series apart is that we see what drives these characters directly from the characters. As we witness Will using his skills and ability to catch serial killers, the show explores Will teetering close to becoming the very danger he works to stop. By showing how our hero slowly drifts into becoming a serial killer, we get to see how someone actually reaches the point where they engage in willful killing.

With Hannibal, he is already established as a killer, but with Will, we see his struggle to maintain some semblance of sanity while still becoming immersed within Hannibal’s murders. Watching him endure that internal conflict was one of the highlights of the series because we were never quite sure which side Will would pick. In conjunction, Hannibal is humanized to a point where we are able to witness him commit such flagrant atrocities yet his sophisticated nature makes him seem trustworthy. Thus his character becomes even more frightening.

Those are bodies arranged to make a human eye, and this is the least graphic work of Hannibal.

The Intimacy of Psychology

While working through the rationale of murder, the show subtly addresses interesting questions regarding the practice of psychology and its effect on people. Throughout the series, there is a study of the consequences that come with letting someone in your head and venturing into another individual’s mind so to speak. The writers examine the intimate nature of psychology with scenes that show therapy sessions between Will and Hannibal and other characters. The central demonstration of this dynamic is seen through Hannibal when he is assigned to be Will’s therapist while also seeking counseling from his friend, Dr. Bedelia du Maurier.

By making Hannibal the therapist for Will Graham and making him the patient for Dr. Maurier, we as the audience see both sides of the therapy experience. In terms of tone, the show plays with the intimate qualities to paint the relationship between therapist and patient in an almost romantic way. Hannibal ends up romantically involved with Bedelia, but over the course of three seasons, the relationship between Hannibal and Will carries a romantic undertone as well.

But the theme of therapy manifests itself outside of the psychologist’s room. The episodes are filled with moments where the characters bare themselves in some fashion. Their hopes, their fears, all of these thoughts and emotions are shared among the characters whether they’re enemies or allies. It’s an intriguing way of presenting how extensively exposed a person can be and to whom they are psychologically exposed to.

The writers also look at this idea of changing an individual’s psychology by examining how such moments of exposure lead to characters being changed. In certain episodes, Hannibal addresses how the experience of violence has a transformative effect on the person.

He adheres to this philosophy to such a degree that he orchestrates moments where a person will have to either kill or be killed. Though these moments aren’t therapy sessions, they carry the same effect as one: a forced exposure of sorts where the subject must reveal what type of person they are.

The reaction you might have to this image is probably what you’re going to have to the show overall.

All in all, Hannibal is a well crafted work that had superb visuals, outstanding performances, and intricate storytelling. Hannibal is certainly worthy of being watched again and again to simply catch the detailed moments between the characters and in the storylines. While critically acclaimed, poor ratings drove NBC to cancel the series. However, ever since the June 22 announcement there has been loud rumblings that it may get picked up on an independent provider such as Netflix.

You can still watch all three seasons of Hannibal right now on NBC.com.

Next article RECAP/REVIEW: Runaways #3 – “I Can’t Lose Anyone Else…”

I'm a sci-fi kind of guy. A child of Marvel with a love for DC. A Black Wizard in the Making. (Not the D&D kind. The Lord of Rings or Harry Potter kind).