Undead Labs basically made a Walking Dead action game without the official license with their 2013 release of State of Decay. Now that they’ve had time to build on their success, State of Decay 2 returns to right the wrongs and fulfill your every generic zombie apocalypse dream…kinda.

Between Call of Duty: Black Ops 2, Last of Us, Dead Rising 3, and 7 Days To Die, 2013 was a banner year for zombie games. Aside from maybe another addition to the listing in The Walking Dead by TellTale, each of these game were strictly action based adventures in their execution and storytelling. While State of Decay wasn’t that much of a departure from that norm in that it is a 3rd person shooter at its core, it managed to successfully impress yours truly by acting out the concept of survival as more than just get from level 1 to level x without dying. It put you in charge of a community, made you survive, and forced you to use various characters in the process. People got mad, sick, injured, tired, depressed, abusive, and all of that affected how your game progressed so that it was never the same experience when you played. 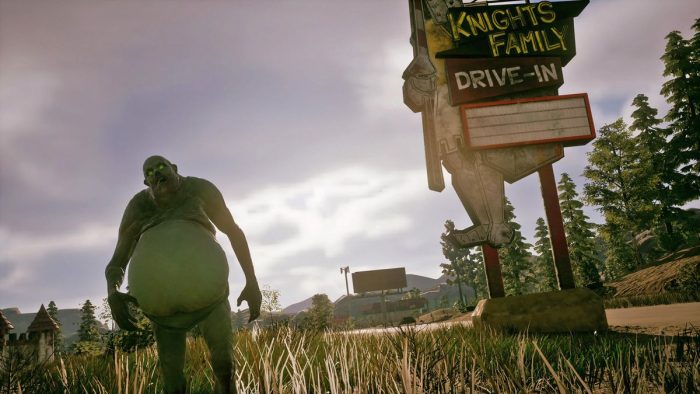 State of Decay 2 builds upon all of the anxiety of managing a zombie apocalypse community and ratchets the stakes up quite a bit. Nearby communities of survivors are constantly asking for help. Infestations and ‘freak’ zombies constantly test your so-called seasoned survivors on resource runs. Survivors you forget or ignore become enemies. Even the so-called ‘regular’ zombies lunge, tackle, and attack you differently than before. All of these these happen in ‘virtual time’ where your community is using resources, building, arguing, and existing in a way that keeps you on edge and overwhelmed with ‘something else to take care of’. In that way, State of Decay 2 really makes you feel the stress of ‘so much to do’ and the constant sense of never being able to relax.

So let’s drill down on the ‘new new’ SoD2 has. First of all, the UI is much more polished and all of the information about your community and your survivors is easier to reach and realize the advantages and disadvantages of every personality quirk and temporary status. Your community screen breaks down morale, resource usage rates, threat level, and more to help you determine what you need to build, scavenge, or address at any given moment. This is important because when it comes down to why your people are fighting each other, you want to know what is causing the biggest morale hit so that you can resolve it quickly and the UI does that. 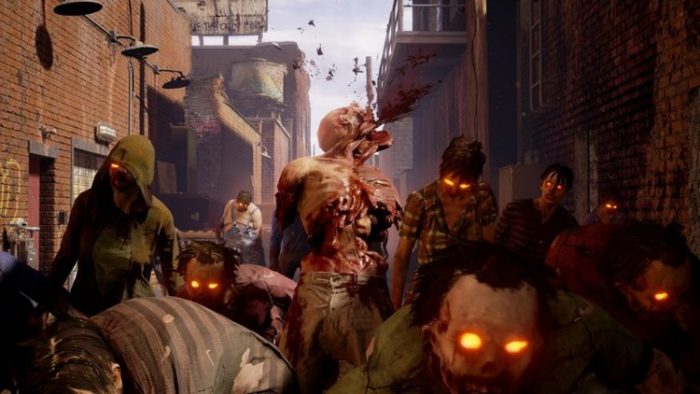 The new ‘plague zombie’ dynamic now introduces the possibility of your survivors becoming infected. As a core story of the game, plague zombies are ‘fueled’ by their infestation locations called ‘plague hearts’. Once a survivor is infected and their ‘meter’ fills up. They must be isolated to stem the tide of dying and becoming a zombie. To cure them, you must have the infirmary facility and enough plague samples to generate the cure. Considering the high numbers of plague zombies that swarm you as you attack plague hearts, this tension is real as you attempt to take down these plague hearts throughout the course of the game.

Also, the dynamics of your survivors, their skills, and the all new hero ranking that allows you to select a ‘leader’ of your community are great additions that add a bit more to the SoD formula. As you use each survivor, completing tasks earns influence. After a certain amount of influence is gain, the active survivor can achieve community rankings. They start at recruit and move to citizen and lastly to hero. Each ranking has traits that affect resource usage and/or crafting or other actions that benefit the community you’ve built. Go a step further to choose a Leader and you open up new missions (like eradicating the local Plague Heart threat) and even an exclusive facility based upon the type of leader your survivor is. Even at the Hero ranking, the citizen provides the community with a bonus of some sort (extra resources per day for instance). 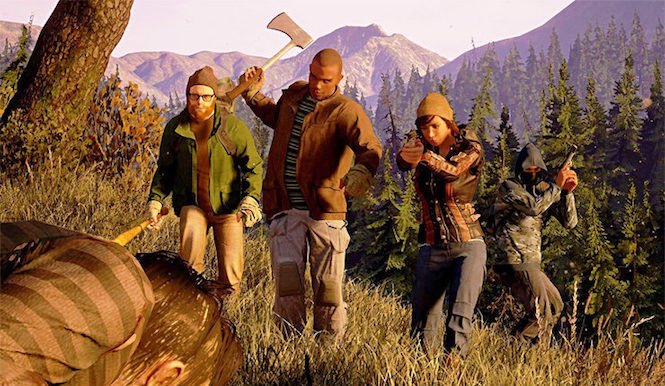 External communities are so much more ‘important’ this go around as well. Survivors will constantly radio for help or to talk. If you ignore them, your relations with them will sour until they become hostile. Some will even set traps for you!. So, what happens when you help them? Some of them will provide bonuses to your community like morale bumps or even gift ammo or snacks. Once you are allies, you can even recruit specific members (that have the skills you want or need) to join your community. Regardless of which way you choose, you will notice that the frequency of your dealings with ‘others’ is much more frequent than in the previous game and have much more bearing on your plans as well. 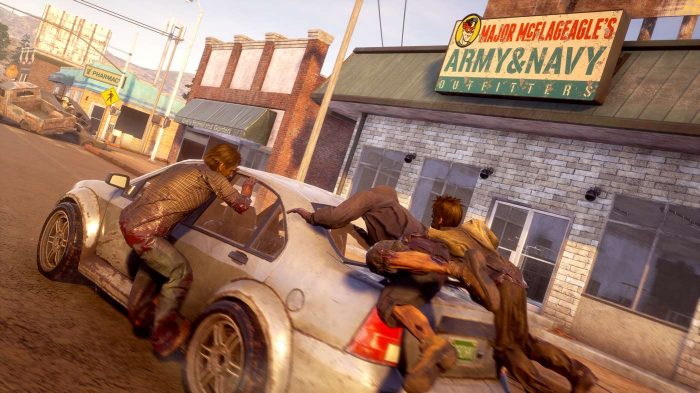 Bar none, State of Decay 2 is a much more intense upgrade to its predecessor and they’ve just gotten started! Their planned DLC must be pretty good considering the excellent Lifeline and Breakdown modes from the previous game. Toss in a well polished online multiplayer feature and you have one of the best zombie community experiences ever made!

Looking for more recaps and reviews of games from Bunneh3000? Read them all right here on FanBros.com