(original article co-written with Felisha “Nightingale” Silva on GamingPrecision.com; Article has been edited and extended)

As a gamer parent, I struggle regularly on what my household gaming policies are and will be as they get older. As a father of 5 (3 boys and 2 girls), I always wonder how I should regulate what games they play, when they play, and how long they play. Often times I listen to other podcasts with gamer parents like CheapAssGamer or Married To The Games Podcasts as well to get a bit of insight on their struggles. Oddly enough, the method practiced between them all varies quite a bit.

As gamer parents, I’m certain we all struggle with the ‘what’, ‘when’, and ‘how long’ questions. We try to balance the things we know they should be doing as well as the things they enjoy. I’ve heard of simple things like earning their playing time during the week and then giving them a max of 2 hours a day during the weekends. Well, as gaming has become such an entrenched part of our culture, keeping it ‘away’ from them gets harder and harder. Cell phones and tablets feature TONS of free games that get bigger and better every month. Blockbuster console and PC titles like Fortnite, League of Legends, Minecraft, and Roblox dominate kids’ school conversations, Youtube searches, and streaming viewing searches. Some parents have even resorted to buying game coaches to help their kids improve just so that they can ‘fit in’ at school with their friends as they talk of how many victories or ‘chicken dinners’ (for you PUBG heads out there) they have.

Whatever your strategy ends up being, don’t feel guilty and allow other parents to feed you the myth of  ‘video games cause or worsen ADHD‘. The interaction and quick thinking that various types of games provide can and do benefit kids in many ways that are still being studied. There is a risk for addiction as companies unfortunately look for ways to entice their target audience to spend more and more hours with their product. As long as we monitor and time their usage, all should be well! Let’s recognize that there are benefits to the interaction within this hobby as well as disadvantages not unlike any other hobby a child could spend time with.

Here are some things I’ve noticed that all parents should be aware of as kids grow with gaming. 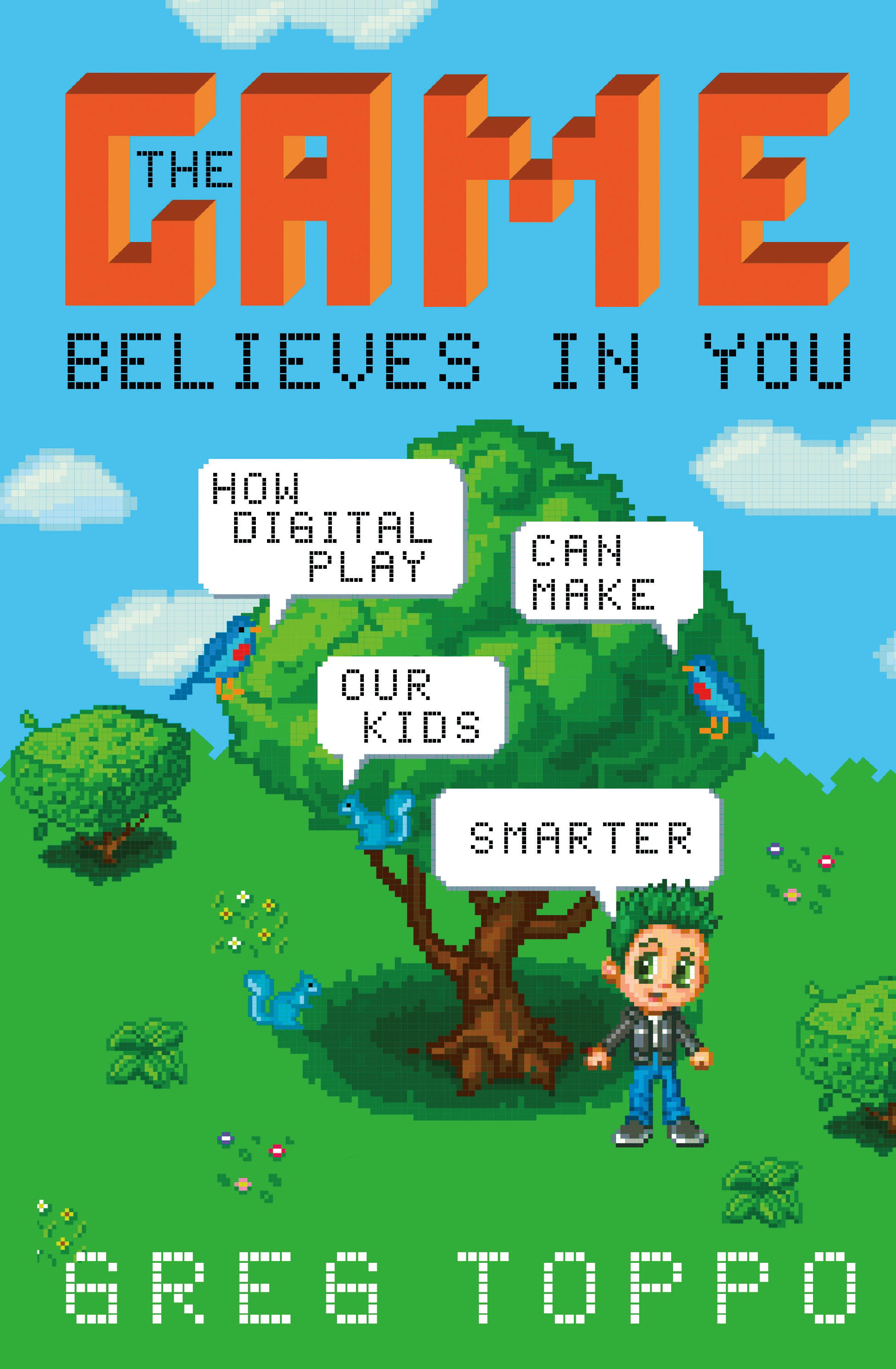 An excellent book that shows educational uses of popular games.

When my teenage sons were younger, I tried to only allow them to play retro consoles early on. I had a Nintendo 64 and a Wii that I essentially gave them full access to. As I played my Xbox 360 or PS3 in the background, they understandably got curious and wanted to play with daddy. I typically resisted but I allowed them to play games like Kinect Sports, Rock Band, and a few other ‘family’ games with me. Regardless of what I allowed them to play, there was always one rule I had:

They could NOT play online games like Call of Duty or anything of that nature.

“Why?”  Well, I realized that the online gamer community was just too toxic. Kids would yell homophobic and racists things to me as I played so I certainly didn’t want my kids joining in or experiencing that kind of behavior. Restricting them nowadays would be hard. Instead, maybe keeping them away from ‘public’ game lobbies and only allowing them to play in chat parties with friends they know is a solution. Enforcing this would be difficult though.

There are a large number of simple, low tech retro games that the little ones should play just to have an appreciation for gaming in general. Pac-man, Super Mario Bros., Contra, Excitebike, Mega Man, Double Dragon, and more should all be gateway games that the younger ones should play. Personally, I always bought my sons different arcade collections from Midway, Capcom, and more just to get them used to classics like Gauntlet, Streets of Rage, Joust, Spy Hunter, and such. Many gamer parents will try to share the games that they grew up with in order to have that special bond through enjoying certain games together.

Nintendo tends to have great kid and family friendly titles like Mario, Pokémon, Donkey Kong, and so forth. As a result, the 2DS, 3DS, and Switch all are pretty popular with younger kids. Parents are also pretty relieved when looking at the majority of the titles available for these consoles. One look at Kirby, Pikachu, Toad, or Yoshi and most parents would be surprised none of them were featured on Disney Jr or Nickelodeon.

Nowadays, there are even mini-consoles for the NES, Genesis, Atari, and even the PS1 where kids (and nostalgic gamers) can relive the excitement without having to go and buy the actual console AND all of the games. Instead, a host of games are included with the mini-consoles along with controllers at a great budget price!

Let’s face it. Not allowing kids to play ANY game that has violence and doesn’t kill anything is a hard sell. Fortnite is almost a cartoon version of Call of Duty. Lego games even have the characters and foes explode into pieces when shot or punched. Even Minecraft has a bit of 8-bit violence in it. Technically speaking, Pac-Man is violent considering he eats his foes! This suggestion simply depends on what the parent is comfortable with allowing their kids to engage in. In truth, that ‘limit’ could even be different from child to child.

Where I lose it is when a parent allows their 5-11 year old to play games like Call of Duty or Grand Theft Auto all of the time. Grand Theft Auto games have particularly adult content so younger kids should definitely NOT be allowed to play it. Kids can and will play other kinds of games if you find some that they like. The gaming universe is so diverse that you are bound to find SOMETHING that doesn’t require them to brag about headshots and K/D ratios all the time. 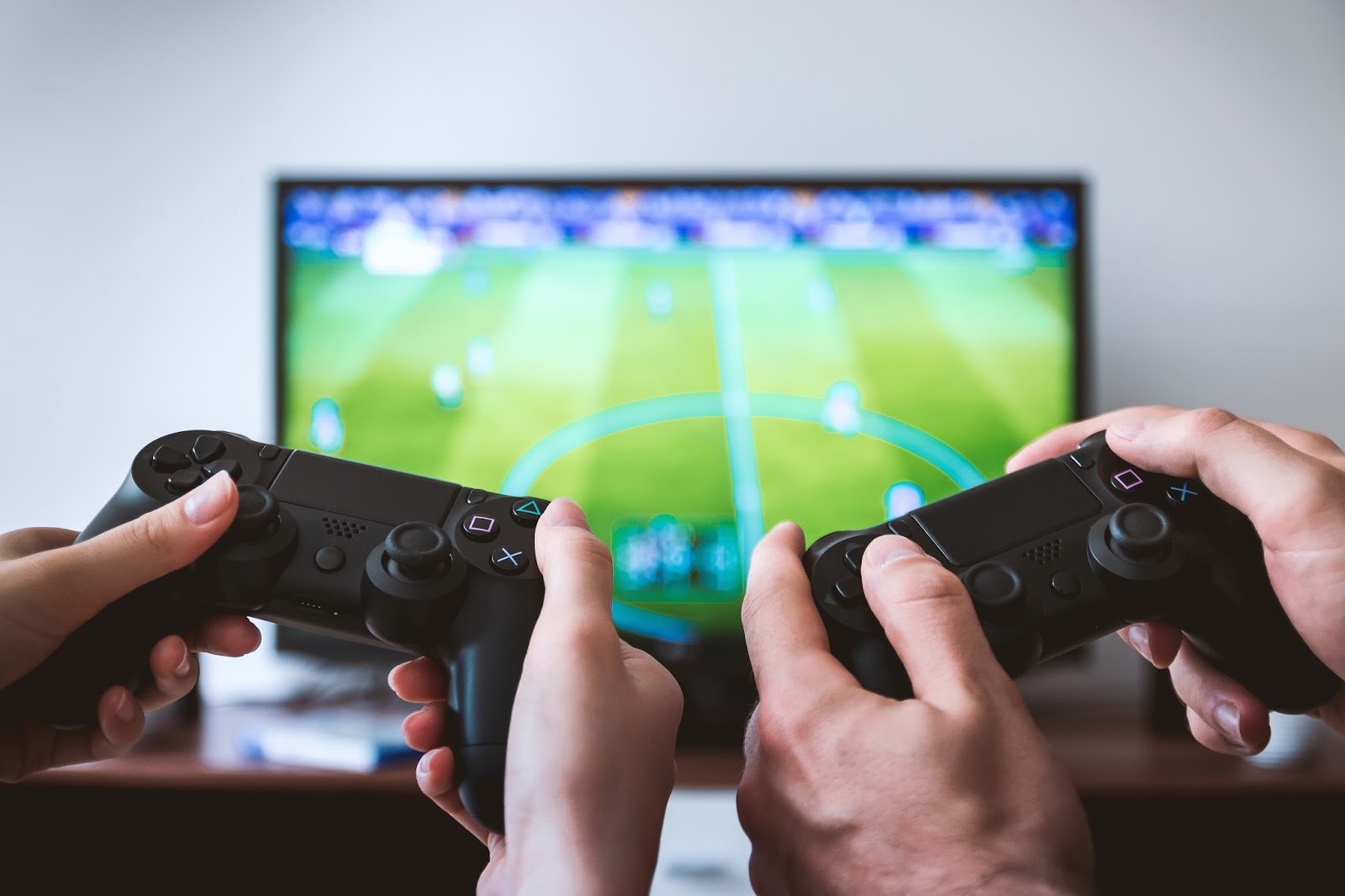 I know. I pulled that time limit out of my… um … magic hat, but let’s face it. For the younger age kids, it is more important to have  their quickly growing bodies rolling around in the grass outside. Screen time is a real thing when it comes to diversifying kids interests and activities at a young age. Video games are great for them to relax and have fun with. They should by no means become the babysitter (as with other technology in the house). Many things can  form their squishy little minds. It is more important for them to flex their creativity in the physical realm than the virtual one… for now! MWAHAHHAHHA! *cough*…. MOVING ON!

As I grew up, my Commodore 128 I was given was gifted along with a host of edutainment games like a presidential candidacy simulator, a few different typing tutor games, Reader Rabbit, Math Blaster, and many others. For the longest time I wondered why consoles, like Nintendo, didn’t work with third party developers to get a host of edutainment games on their consoles. While I did see a few on the Wii from time to time, there certainly aren’t ANY on modern consoles. As a result, it’s good to research a few titles on the net. Leap Frog instantly jumps to mind as their devices only feature edutainment software licensed by top names like Disney Jr. and Dreamworks. There are also plenty of other sites with online edutainment games as well. The key is doing it with them for just a bit. They just might enjoy it!

Video games are a fun and at times VERY social activity when done correctly. Kids enjoy doing things with their parents. Playing with them can lead to some interesting and fun conversations. Even if those convos are primarily about what games you played as a kid, the back and forth will be invaluable. The family that plays together, stays together! (I know that isn’t how it goes! We pray too!)

These are certainly just a few things to consider but I feel they are the most relevant and crucial ones. What rules or mantras do you other parents use with your kids?

Next article Fandom Fashion Brands You Should Know

Previous article Movies And Shows That Deserve A Video Game