Sound is arguably the second most important part to a genre film. It’s often used in place of dialog to convey emotions and rise in tension. The final scene in A New Hope isn’t the same without the John Williams score. FanBros recently spoke with game and movie, music composer Nathan Whitehead to speak about past and current projects. Beyond Skyline is his most recent film project and the sequel to the 2010 film, Skyline.

Most people probably don’t know who you are, which is a shame since you’ve worked on some of the most prolific gaming franchises. What was it like working on huge projects like Ratchet & Clank, Jak and Daxter, and Gears of War 3?

If I thought of it that way in the moment it would probably be terrifying, but it’s really cool. Those early games were the years I was trying to come into my own as a composer. I was generally doing additional music or arrangements for the lead composer in a lot of those early experiences. So Ratchet & Clank had a great composer; a cool dude by the name of Boris Salchow. It was a lot of fun and it kind of introduced me to a few things like how much music is in a video game. I think Ratchet & Clank had 4 hours of score that we wrote and produced; however the game needed more than that. That was kind of eye opening and it was cool just trying to get used to the game world because production takes so long.  You get more time to spend on the music than you do for a family TV show or even a lot of movies. So it was cool to spend so much time in a world exploring sound, characters, and story. That was a unique experience relative to what I’ve done before. But as far as working on an influential title; I didn’t really think about that while I was working on them or any project. It’s sort of a tricky headspace to get into. I try to focus on the task at hand, no what that may be. 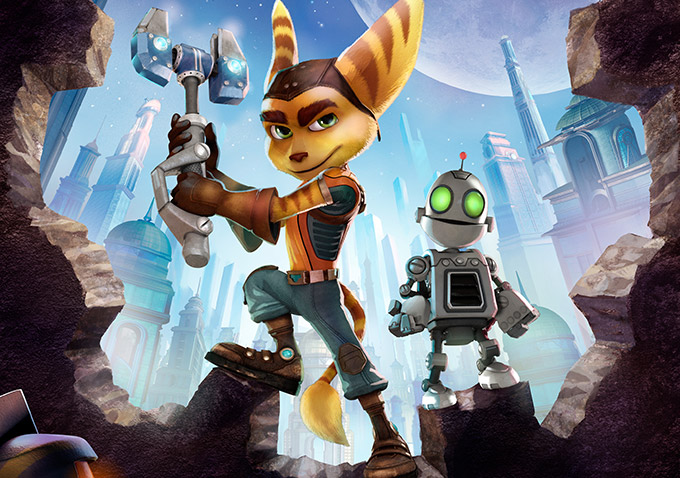 So it seems you were working on Ps3 platformers early in your career. Is it from there you got into television?


Ratchet & Clank was rather early in my career and it was kind of a mix those years. I worked with Boris on that game and another great composer; Jim Dooley for a couple of years.  That was a  mix of tv, film, and a video games. I helped on the first Infamous while working for Jim and I believe the first Epic Mickey game. You know it’s an interesting thing putting a career together as a composer. I was doing a lot of things around this time. Did some work on Bioshock 2 and all those projects where I was not the lead composer. And it was a pretty consistent mix of video games, film, and TV. At the time Jim was finishing up this show called Pushing Daisies that continued for a few years until I eventually worked with Steve Jablonsky where I worked on Desperate Housewives for two and a half seasons, did game work on Gears of War 3 and Judgement, and I branched out on my own with The Purge films.

Now your most recent project is Beyond Skyline. First film came out over 10 years ago. When going into a sequel; do you look to keep the same tone or bring in past experience. You’ve dealt with alien invasions and large scale games, and also gritty films. Does this combination of experience play into what you did for the film?

Everything I’ve done plays a role but I try not to repeat myself. Each project builds on the previous to some extent. I hope to keep learning things all the time and push into new territory. Beyond Skyline. does kind of grow out of my experience with the Purge films, I think they even used some Purge music while working on a cut of the film. Gears is a pretty good reference at least in terms of the size. The globe has just been dominated by this alien invasion, and we have huge space ships. We cover a lot of territory geographically. Like Gears it’s again it’s a story on a global stage. It’s really cool and sometimes terrifying. Another thing about Skyline is we have Iko Uwais as part of the cast. There’s this whole martial arts element which is very cool, and they brought some guys from The Raid in. So it’s defiantly kind of a natural growth from the Purge movies and Gears 3. I worked for Jablonsky on Transformers 3 and Battleship; so all of this helped developed a tool set for attempting something of this size. The goal wasn’t to dupilciiate but it did help being in those settings before. Liam McDonald the director wanted to go in a new direction and I felt it was appropriate. There are some similarities with the first film like big orchestra pieces but it took place in an apartment. This time we’re moving all over LA and the world, and they also spend time int he ship. Because of this we went with something fresh for the most part.

You mentioned the actors from The Raid. So we can expect more action in this film. How does a composer work in action scenes transitions?

Action scenes can be challenging. All of the action scenes in Beyond Skyline are great. Iko and the cast of The Raid’s martial  arts skills are so impressive. My first task was to not make it worse because it was pretty awesome with no music. So I have to at least keep up with them and make this have as much punch as possible so I can support the crazy action going on, on screen. I also look for anything that I can add that the audience doesn’t necessarily see on screen. The first real significant martial arts moment is what we call “The Bug Fight.” The fight breaks at points because we’re cutting back and forth to this baby. We needed high octane music but we also had shots of this little girl. She plays a very significant role in this story. It’s not like we have an emotional breakdown of this fight, but we have the other part of the story we have to acknowledge during the scene. It’s hard but it’s trying new ideas and seeing what works. 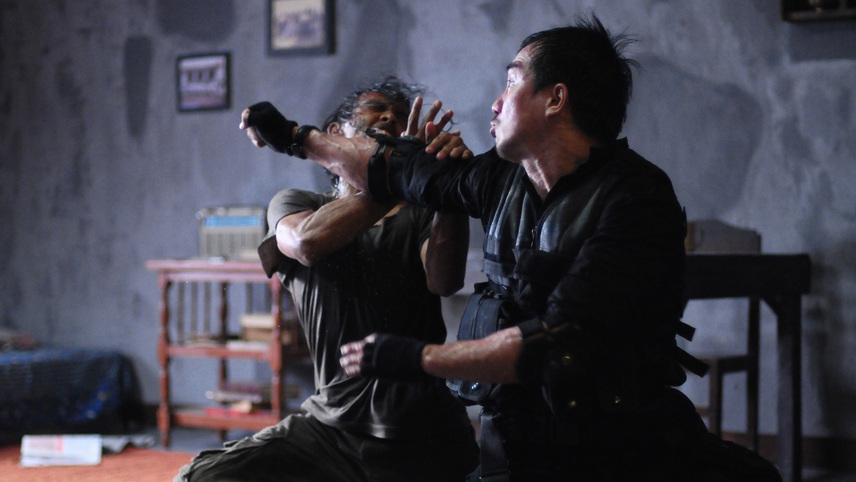 So what’s the next big project for you?


Don’t know if I can say what it is right now, but I’m finishing up a PS4 game called Days Gone that will be released in 2018. All I can say is that it’s been announced and it’s produced by Sony Bend. I’m really excited to talk about it more but we’re not ready to talk about it yet. It takes so long to make, I’ve been working on this project for 2 years. We’re getting close to the end and it will be released some time next year.

Hopefully this gives insight into what goes into the soundtrack for gaming and films. Beyond Skyline had a limited theatrical release on December 15th, 2017 and his available for rental through Amazon. Check out more interesting interview in gaming, composition, animation and more, right here on FanBros.com!