Fables Vs. The Wolf Among Us

Two years ago I was having drinks with a childhood friend and he told me the premise of the new video game he was working on – characters from famous fairy tales were alive and well and living in Fabletown, a community inside New York city, exiled from the Homelands. The non-human characters needed something called Glamour, a special type of magic, to conceal their animal form. The game was a murder mystery and the protagonist was a sheriff named Bigby, better known as the Big Bad Wolf from Little Red Riding Hood and The Three Little Pigs. All of this sounded awful to me, but 1) it’s important to support your friends and 2) you can’t write-off Telltale Games.  Telltale made their mark in 2012 when their incredible, story driven game, The Walking Dead, won over 90 game of the year awards over big studio heavyweights like Mass Effect 3 and Halo 4.

The Wolf Among Us was adopted from the Vertigo Comic series Fables (But since there’s already a game called Fable, they changed the name). 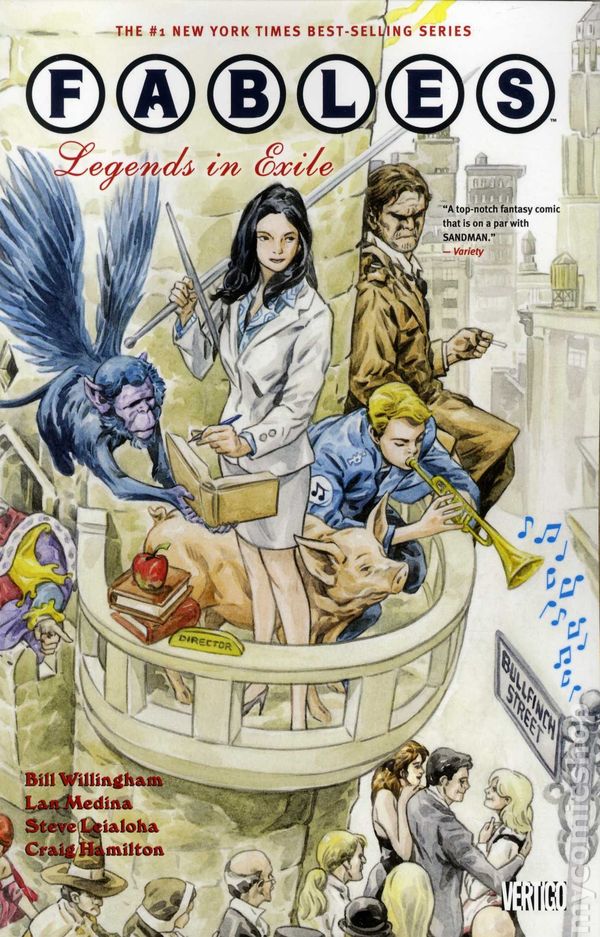 Telltale specializes in episodic gaming and The Wolf Among Us is split into five episodes, each unravels the mystery of a serial killer who is murdering Fables. Bigby teams up with Snow White, who is the Director of Operations under the Deputy Mayor, Ichabod Crane. 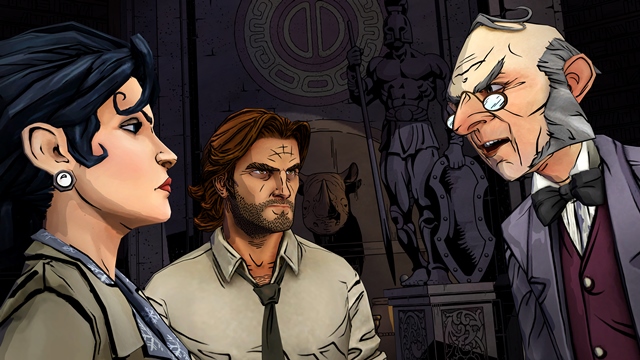 It’s a point-and-click game with some quick-time style fights. The core gameplay is being pressured into making decisions that will affect the outcome of the game and how other characters respond to you. The variations are limited because the story has to hit certain dramatic beats, but it’s fun to see how your decisions stack up against everyone else who’s played the game, as shown at the end of each episode.

I was instantly charmed by the game, that places these well-known archetypal characters into a modern setting. 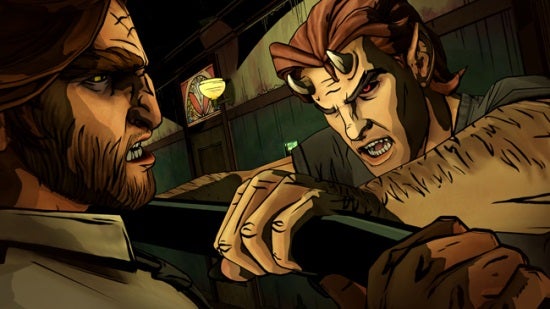 Jack (of Jack and the Beanstalk fame) is still trying get-rich-quick schemes and recently lost a bunch of money in the dot-com bubble. Beauty and the Beast are having marital troubles (and when they fight, Beast’s curse returns), 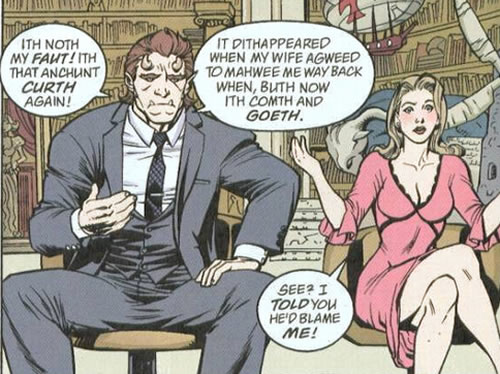 Prince Charming has no real world skills and survives by seducing women and leeching onto them, the Little Mermaid is stripping in Georgie Porgies’ club and Tweedle Dee and Tweedle Dum are hired thugs.

Each episode ends with a cliffhanger and while waiting for the next instalment (the episodic business model gives the company an injection of cash while buying time to finish the next episode), I decided to go pick up the Fables graphic novel that collects the first five issues of the comic series. I was relieved the storylines were different but what I did get was an appreciation of the source material and greater insight into the characters in the game. The first graphic novel revolves around Bigby and Snow White trying to solve the murder of Snow White’s (rather obscure) sister, Rose Red.

It’s easy to see why this comic was chosen to adapt for a game, there’s so much material to work with, both visually and story wise. The Wolf Among Us has almost finished its inaugural season and works as a great story in the Fables world. I’m almost as interested to see what Season 2 holds as I am to see how Season 1 wraps up.

The Wolf Among Us is available on most major platforms and the first episode is occasionally free on Steam or in the App store. Fables is published by DC Comic’s Vertigo imprint.

Tags : Comics, fables, magic, the wolf among us, Vertigo
Share :

David Burga is a Canadian writer and geologist. He lives in Mississauga, Canada.