American Horror Story begins it’s 7th season, AHS: Cult on September 5th and feelings about it are understandably mixed. The season’s story begins on the night of the 2016 presidential election, which was a literal American horror story for many, so the fact that reactions about the new season are in itself divisive isn’t all that surprising.Centering the story around something so recent is a bold move, but not unsurprising for creator Ryan Murphy who has been known to make bold moves in the past in his other shows. If you don’t know, Ryan is the creator of Glee, Nip/Tuck, and American Crime Story among other things; all shows that in one way or another have pushed the envelope during their respective runs. Glee for example, one of Murphy’s shows with the most controversy surrounding it did a school shooting episode just four months after the Sandy Hook tragedy. 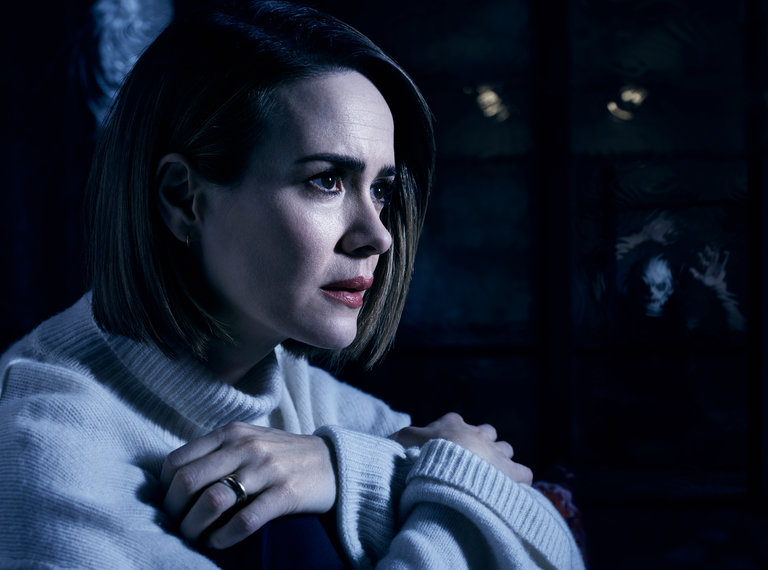 The trailer for the new season dropped last week and features Sarah Paulson and Evan Peters as the leads. Paulson plays Ally, a liberal leaning lesbian with several phobias who literally screams ‘no!’ to her television in a fashion so dramatic that no matter what side you land on you would be hard pressed not to roll your eyes after Donald Trump is announced as the new president of the United States. Peters portrays Kai, a blue haired Trump supporter who delivers lines in the trailer such as  ‘If you get people scared enough they will set the world on fire’ and is so ecstatic on election night that he humps the television in celebration. As if he couldn’t get any worse, Kai also seems to be some sort of cult leader and we get to see one of his disciples, Winter Anderson, played by Billie Lourd infiltrate Ally’s family by becoming a nanny to her son. This will be Lourd’s first season in the American Horror Story franchise, but she is no stranger to working with Murphy as she became an instant scene stealer as Chanel #3 in Scream Queens. 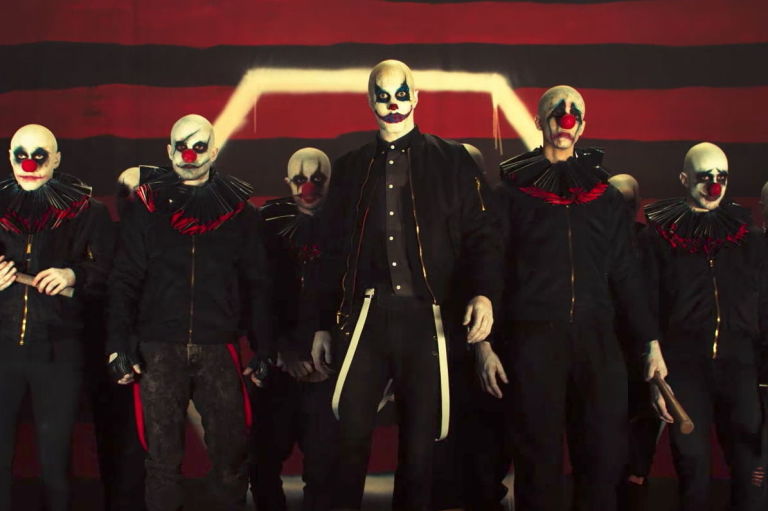 Ryan Murphy’s ability to deliver an entertaining story in any genre would be hard to contest, however his execution, especially with subjects as sensitive as the ones that come up when talking about a Trump presidency such as racism are a lot more hit and miss for the show runner, so seeing how he handles these topics should be interesting to say the least. Horror in general has always been a genre that has used itself as metaphors for social issues as well as fears and anxieties, something American Horror Story has been doing since it’s inception, though it’s never been as topical as we see in ‘Cult’, and the very premise lends itself to having a lot of room to comment on a myriad of social issues. The visuals this season from the promo tv spots, to the posters, and the concept art that can be seen on Ryan’s instagram is some of the most striking since the show premiered, which is saying something because if there is one thing American Horror Story consistently gets right is the aesthetics. Most of the promotional material features clowns, something that came back en vogue in a big way the past two years as well as imagery of bees, one of the best being the lead poster for this year that features someone with the top of their head exposed, but instead of a brain there is a honeycomb, implying a ‘hive mind’.

As someone who has watched all of the shows mentioned above as well as other Ryan Murphy produced programs I will say that I have a sort of love/hate relationship with the showrunner as with his properties the devil is usually in the details. Despite that, American Horror Story: Cult looks like it has all the potential to be one of the best seasons in a long time. Telling a story surrounding the subject matter that the show is endeavoring to do, especially in the political climate has the potential for a lot to go wrong, but also for a lot to go right. There are no doubt going to be several standout moments from the season, but what the story says as a whole once the dust settles? Only time will tell.

You can watch American Horror Story: Cult on FX on Tuesdays at 10pm ET. Check out the first episode on fxnetworks.com. Will you be watching?

Next article Slambros: Not Dead Yet! (Podcast)